Full Name
Rob Knochenhauer
Job Title
Director of Regulatory Affairs
Company Name
Censys Technologies Corporation
Speaker Bio
Rob Knochenhauer is the director of regulatory affairs for Censys Technologies and brings a unique array of industry experiences to support Censys’ strategic goals to work in concert with Censys' engineering team and the Federal Aviation Administration (FAA) to develop the next generation of Uncrewed Aircraft Systems (UAS) to perform more complex Beyond Visual Line of Sight (BVLOS) operations for Censys’ customers. Learning the fundamentals of design work where his career started as a certificated Airframe & Powerplant aircraft mechanic and then transitioned into engineering where he spent fifteen years supporting and ultimately leading the development of numerous unmanned systems (starting with Foster-Miller and then with Aurora Flight Sciences), Rob has been on the forefront of evaluating and integrating the latest autopilots and sensors to answer technical challenges across many industries.

In the past seven years, Rob has been on the leading edge of developing pathways to integrate UAS operations into the National Airspace System (first under a 333 exemption and currently under 14 CFR 107). From 2015-2019 at GreenSight (as the director of flight operations and regulatory affairs), Rob led the development of the UAS operational scheme wherein UAS (drones) are run at customer locations with a 107 certificated remote pilot (RP) on site who maintains VLOS with the drone while it flies; simultaneously, the operation is overwatched by another 107 certificated RP in GreenSight’s Boston office. That operation method was the basis for Rob’s first successful §107.31 waiver (107W-2017-03655). From GreenSight, Rob continued pursuing the expansion of complex UAS operations for the Massachusetts Department of Transportation’s (MassDOT) Aeronautics Division by leading the effort to help the Commonwealth secure seven BVLOS waivers (starting with a 1-mile stretch of railway in November 2019 to a 40-mile stretch of railway with a portion in controlled airspace in April 2022).

Rob’s engineering background coupled with his experiences working with regulators and conducting UAS operations for many purposes across various industries (precision agriculture, right-of-way & general infrastructure inspection and operations in confined spaces) provides the Censys team with a capability to effectively move toward those more complex UAS development goals. While Censys is creating a new UAS, Rob will continue to leverage his skills in BVLOS waiver pursuit to continue to grow the complexity of the UAS operations for Censys’ customers using the existing BVLOS Sentaero platform.
Speaking At
Practical Applications for BVLOS UAS Operations 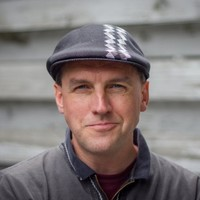