Full Name
Bryan Crutchfield
Job Title
VP, Sales and Marketing
Company Name
Saxon Unmanned Inc.
Speaker Bio
Bryan Crutchfield is the Vice President of Sales & Marketing for Saxon Unmanned, Inc. He joined Saxon from The Boeing Company, where he served as Director, International Business Development for Missile and Weapon Systems and Autonomous Systems where he was responsible for all international sales efforts for Boeing’s missile, weapons and autonomous systems portfolios. In his previous assignment he led international sales for Boeing’s fighter programs with customers in Europe and nations in the Americas other than the United States.

Crutchfield joined Boeing after retiring as a Colonel in the United States Air Force, where he last served as the Chief of the United States Liaison Office in Abu Dhabi, United Arab Emirates. There, he was responsible for Foreign Military Sales and training for a $20 billion program and managed more than 120 personnel from all U.S. services. 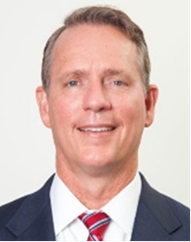